My Notes and Thoughts

Some of the things I've learned over the years... 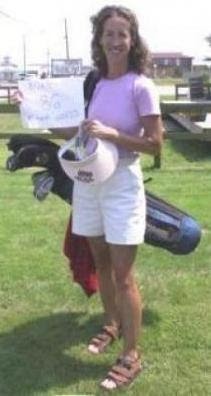 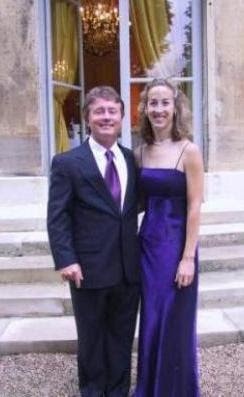 Provocative essay by Pasquale Bruno about his GBM
http://www.washingtonpost.com/national/health-science/brain-cancer-at-age-77-doesnt-stop-writer-from-going-on-with-a-good-life/2011/09/20/gIQASGjdaL_story.html

My wonderful physical therapist Val Gibson told me in 2010 something that rings true.  She said, "Carol, No one else feels what you feel and sensory system dysfunction can be just as disabling as motor problems."

Beware of Levaquin
I took this antibiotic for infections around my trach stoma with no trouble several times but the last time I had all kinds of problems with it, including extreme calf pain, flu-like symptoms and intense stiffness.  The worst thing is that the side effects lingered for weeks after stopping the medicine.  There's a medical term for my reaction - it wasn't that I was allergic, but wow, I'd never take it again if I could avoid it!
What is an Arterial Blood Gas (ABG)?An ABG determines the level of carbon dioxide in your blood.  They draw blood out of your artery and it can hurt quite a bit.  I seem to have arteries that "roll" after they are poked so I am a "difficult stick."  I've tried drinking a lot of water beforehand but it doesn't seem to matter - what matters is the skill of the person drawing the blood!  They'll have the results in a matter of minutes. With practice, I'm getting the hang of diaphragmatic breathingWikipedia explains:  "Diaphragmatic breathing is the act of breathing deep into your lungs by flexing your diaphragm rather than breathing shallowly by flexing your rib cage. This deep breathing is marked by expansion of the stomach (abdomen) rather than the chest when breathing. It is generally considered a healthier and fuller way to ingest oxygen, and is often used as a therapy for hyperventilation and anxiety disorders."  When I master this breathing technique I can achieve a peaceful feeling / a relaxation response. I recommend Ram Dass' documentary called Fierce GraceHow to find meaning in your life after a physical calamity?  From someone who thought he knew everything / felt everything (you can argue about the roots/reasons for this hyper self-awareness), but he realized there could be even more for him post-stroke. He writes:  "The stroke [like a brain tumor, is a path].  It's like a whole new incarnation.  There are qualities in me that never would have come out.  I'm at peace more now than I ever have been.  The peace comes from settling into the moment.  This moment is alright.  Now, this moment is alright." He always enjoyed driving manual transmission cars.  He lost the use of his right hand and had other problems that made it impossible to drive.  He came to understand that when his caregiver drove him, he could either be a [frustrated, unhappy] non-driver or "someone with a chauffeur."  Now, that's getting it!

People from all over the world write to me.

Please send me an email: cwarrenwelsh@comcast.net