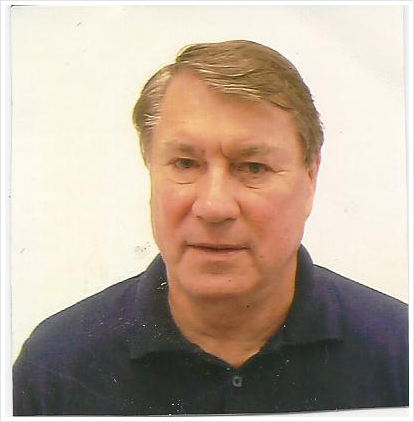 Bernie has been in all phases of the consumer electronics business. His industry experience began in the 1970's when he launched an independent rep firm for which its sales team earned many Rep-of-the-Year awards covering the ERA Ohio territories. Lines included Sony, Marantz, Sherwood, Phase Linnear, SAE, Thorens, Stanton, Rabco, Akai, EPI, RTR, Dahlquist, Micro Acoustics,  AR, Jamo, Design Acoustics, Tannoy, and others which shaped our early industry. Several years later he was a co-founder of Audio Warehouse which within a few years became the largest volume audio chain in Ohio.  Then Bernie evolved into manufacturing/importing, launching the Synergistics loudspeaker brand and shortly thereafter purchased Sherwood, a line he represented and which was the last independent American owned receiver brand. Sherwood was eventually sold to Korean-based Inkel, the present day owner of Sherwood America. Then as Executive Director, Bernie joined with Gary McCormick of Ovation, Joe Piccirilli of Sound Advice, Linda Verin of Sound Track, and Trigve Svenson of Sound Trek to launch PEM, the first audio specialist dealer buying group. Founders of PEM went on to form the present day PRO Group.

In recent years, Bernie has been coordinating product development and China production for numerous significant US brands. Bernie was awarded a patent for the highly regarded Hsu Ventriloquist Technology (received about a dozen Rave reviews and Product-of-the-Year awards) which he licensed to Hsu Research.  He was also awarded a patent on the Top-Rated and Editor's Pick 7-channel passive soundbar technology which he licensed to Atlantic Technology and Clements/Solus Loudspeakers, with Phil Clements engineering the bar for both brands. Most recently, Bernie decided the timing was right to create an opportunity for smaller brands and Key brick & mortar dealers to pull highly engineered oem-priced products from a US unbranded inventory... ready for their own brand. This would also enable trusted retailers to launch their own SELECT brand.

Phil acquired an interest in audio engineering while a student at the university of Texas. His post graduate research resulted in Phil applying for his first patent regarding bass optimization and around the same time (1978) he launched Phase Research. Within just a couple years the U.S. distribution soared to 250 audio specialists and 15 foreign distributors. A few years later he sold Phase Research and devoted his time to developing "transformerless planar ribbon mid-high frequency drivers". Then he introduced Clements loudspeakers featuring not only outstanding bass but also his new ribbon technology for which he received several additional patents. In the late 80's, Audiosphere, a Canadian conglomerate, made an offer to buy Clements, which Phil accepted. A short time later, Orion enlisted Phil's expertise to launch their new home audio division named SOLUS which eventually they sold to ADS. As too often happens in our industry, both Audiosphere and ADS stumbled, so Phil bought back both names and for the past 19 years has been running SOLUS/CLEMENTS loudspeakers. Along the way, they have received numerous "rave" reviews. At 2017 CES, Solus/Clements earned both Sound&visions "Best 2-Channel" award for the Entre II, and Electronic House's #1 Pick of their Top 10 Smart Home Products.

Bernie began co-coordinating off-shore production for some of Phil's products in 2006. The products were so good he convinced Phil on a royalty basis to let Bernie oem Clements' designs to other brandnames. Phil's latest patented inventions are H-PAS and more recently I-PAShd which leading reviewers have lauded as the new benchmark cabinet design for bass reproduction. In describing the (Top-Pick) Atlantic Technology AT-1 H-PAS, with (2) 5.25" woofer towers, Sound&Vision concluded "H-PAS technology can extract more low frequency output from a medium-sized woofer's motion than any previous passive, unequalized design....overall performance/value is difficult to overstate" In July/Aug 2017 Sound&Vision in describing the I-PAShd SOLUS Entrée II "On the whole this was as good as I've ever heard the Saint-Saens Organ Symphony sound in a demo. The balance and overall feel were just right. The only better experience was live" ...and these are bookshelves not towers! Phil is now ready and willing to design something this good for your SELECT products. 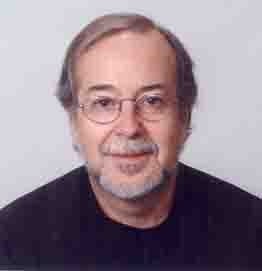 Lou Melillo is a highly regarded consulting engineer who designs and coordinates production for some of the industry's most prestigious brands. His formal education is just shy of a PhD, majoring in Chemistry, Math and Physics at Rensselaer Polytechnic Institute in N.Y.  While in graduate school Lou developed a strong interest in loudspeakers and acoustics, studying wave theory and sound propagation from diaphragms and the behavior of sound waves in rooms. Lou's industry employment began as Technical Director of Research and Sales at Ferrofludics Corporation. While there he co-authored the definitive studies of the behavior of Ferro fluid in loudspeaker drivers and systems published in the Journal of the Audio Engineering Society.  Lou later joined U.S. Pioneer as Vice-President of the OEM division where he developed and patented the first carbon fiber woofer and the first PEI tweeter. Lou left Pioneer to assume the position of Executive VP of OEM marketing, sales and engineering at the Onkyo America factory in Columbus IN, managing several vice presidents, the sales team and nearly 20 engineers. When Onkyo production moved to China, Lou became an independent consulting engineer.

In recent years, he co-developed the industry's first magnetic grills for in-wall/ceiling speakers. He currently supplies leading brands with state-of-the-art drivers and components in addition to finished speakers and  amplifiers. In our experience, Lou has unsurpassed ability to achieve smooth deep bass from small drivers...resulting in some of the highest-rated passive and powered speaker-bars marketed under famous national brands.  In 2016 Lou designed and coordinated production of the 48 state-of-the-art (2.5" full range) drivers in the $1995/pr Don Keele designed Epique CBT24.  In Sept. 2017 Sound&Vision in awarding a "Top Pick" described the unprecedented design as "unique...delivers exceptional performance... exceptional stereo imaging ..and astonishing constant directivity."  A few years ago Lou designed and coordinated production of the 4" woofers in the Top-Rated Atlantic Technology PB-235 ($799) H-PAS Powered Speakerbar which Home Theater Magazine noted "Bass was mesmerizingly super-smooth and, once again, absolutely astonishing in its depth considering the size of the box it was coming from."  Many still consider the PB235 the benchmark for speakerbars. Lou also designed and coordinated production of all the R2B speakerbars (also reach down to a sub optional 50Hz) which at your R2B cost can very profitably be sold under your SELECT brand for a small fraction of the PB235 price.

Read on to discover the products available from Ready 2 Brand.